Over 70 percent of the world’s population doesn’t own a car1—a surprising fact for anyone who’s sat for what seems like hours on end in bumper-to-bumper traffic. Millions of people rely on public transit to get around. That’s why, since 2007, Google has worked to include public transit routes and schedules in Google Maps. In fact, buses, trains, trams and subways included in Google Maps travel 200 million kilometers every day—that’s the equivalent of driving every single road in the world three times!2 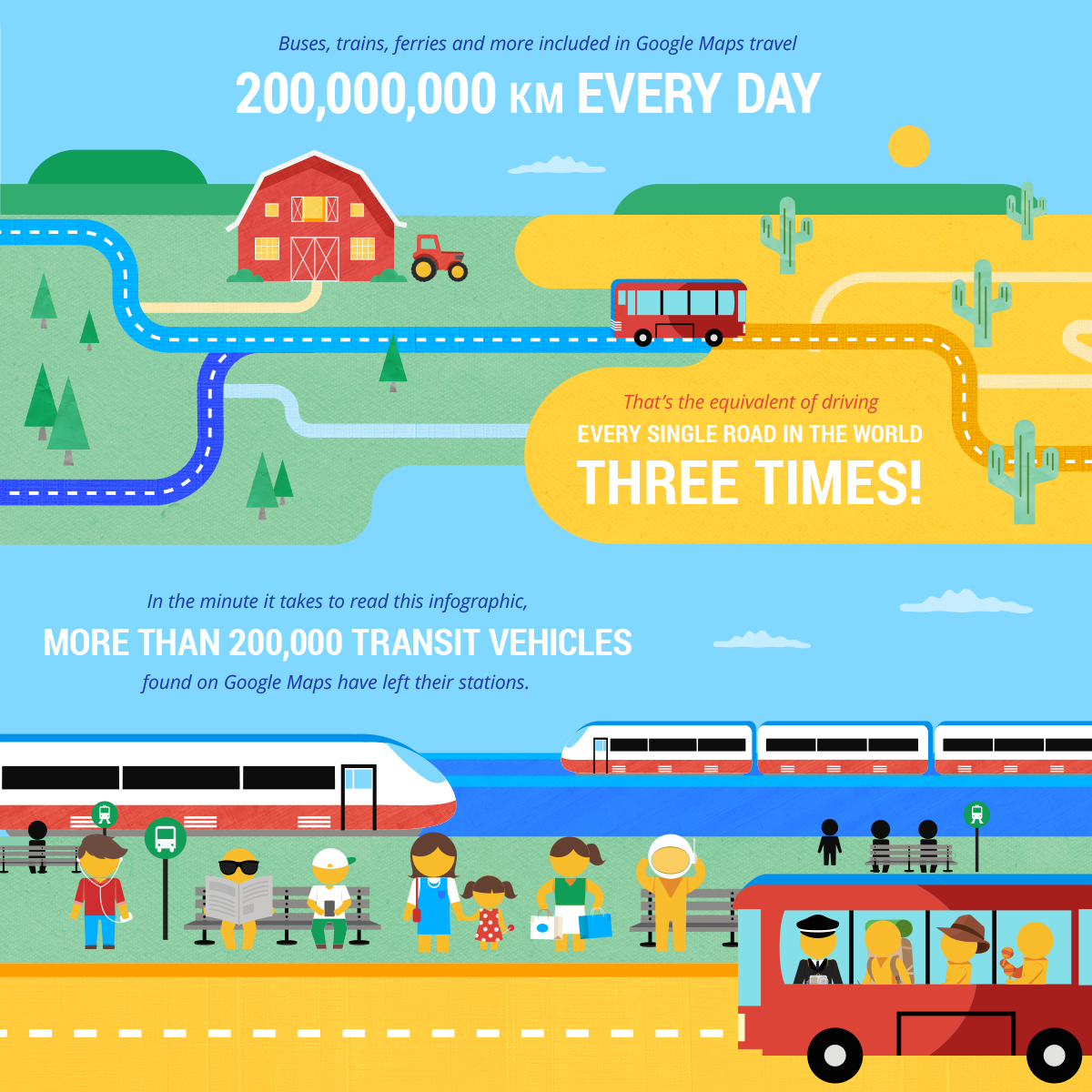 Today, Google Maps is helping you get around on public transit even more easily with these additions: 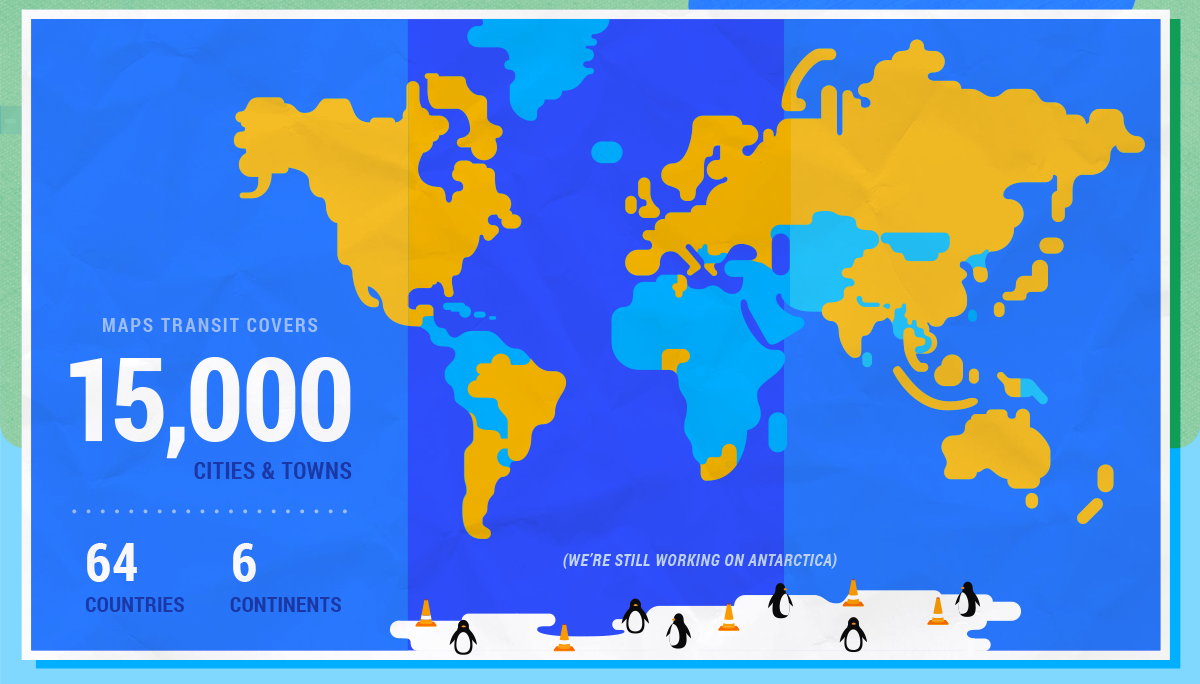 The transit data spans six continents, 64 countries and more than 15,000 towns and cities worldwide. And we’re not done yet: Google Maps will continue to improve—serving people the information they need to get around town when and where they need it. 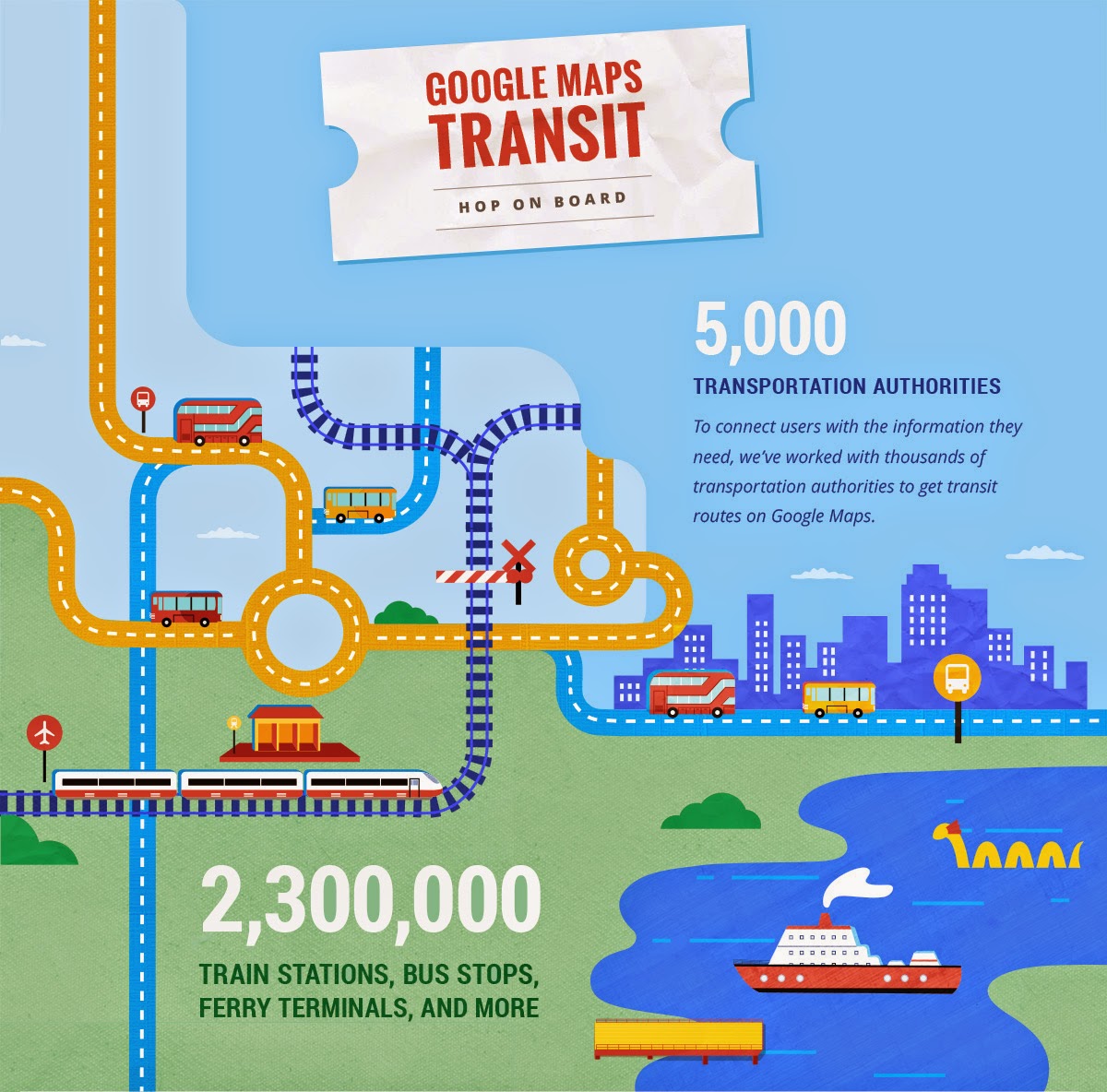